This week we have been looking at diversity, both in the classroom and in the natural world. We didn't take any photos this week as we were too busy learning how to use the Seek app by iNaturalist. This app identifies living things by scanning them with the camera function and can narrow an organism down to the exact species!

We discovered that in our amphitheatre alone we found numerous species of plants such as Herb Robert, Rosemary, New England Asters, Broad-leaf Plantain, and Crabgrass. Students were surprised at how many different species of plant were present in such a small area. There were also some woodlice crawling about upon closer inspection!

Next week we will put our new idenfitication skills to use in the school garden, studying the biodiversity within.

Week 2 - Biodiversity in the Garden

Armed with the Seek app by iNaturalist we challenged ourselves to find and identify as many different organisms in the rain garden as possible. The results were staggering. In as little as 90 minutes we discovered no less than 50 species of plants and animals in an area approximately 350m². And those were only the ones that were large or still enough to identify! This data will be saved and catergorised for future use in Math and Science. 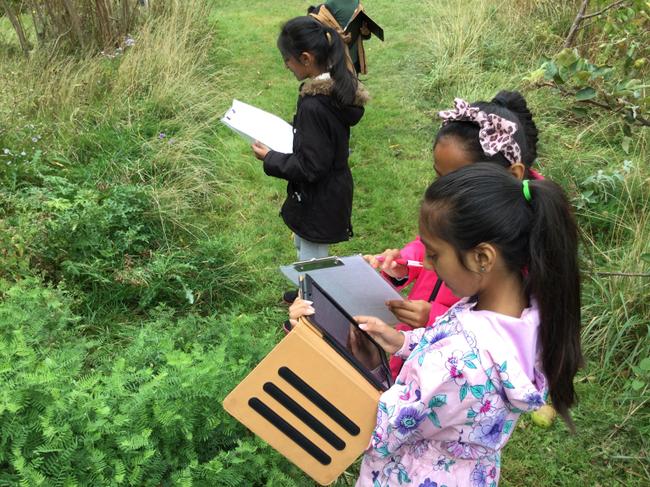 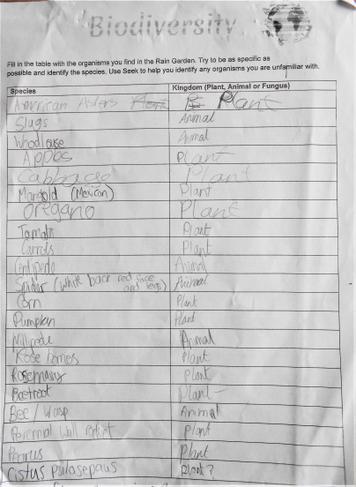 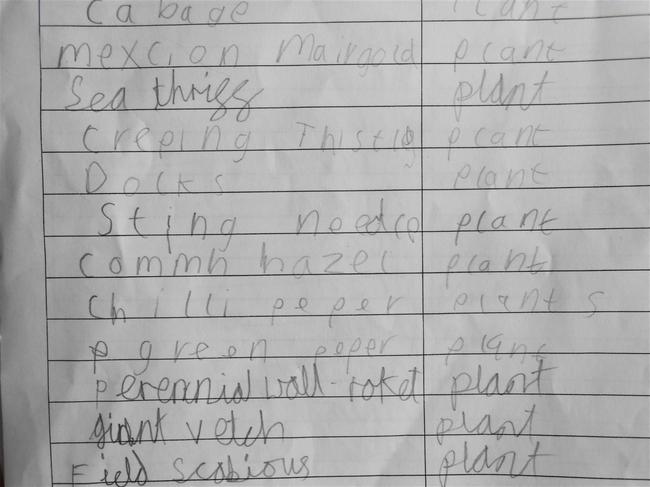 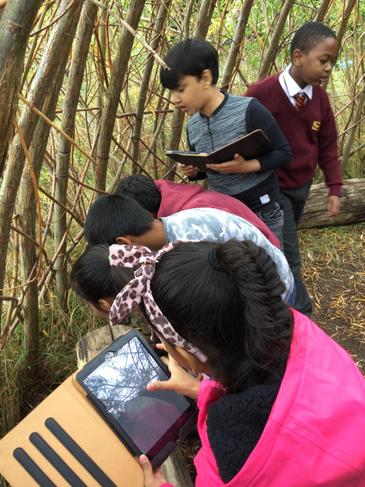 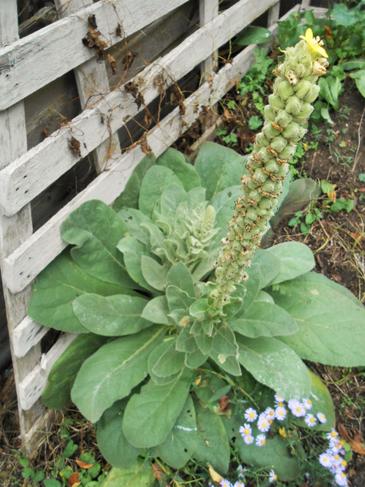 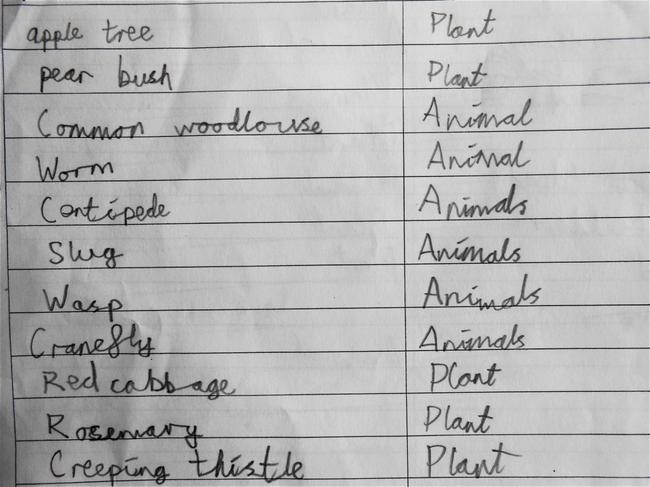 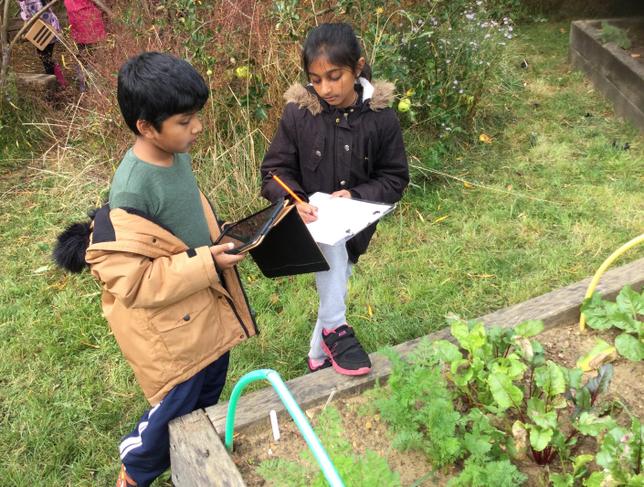 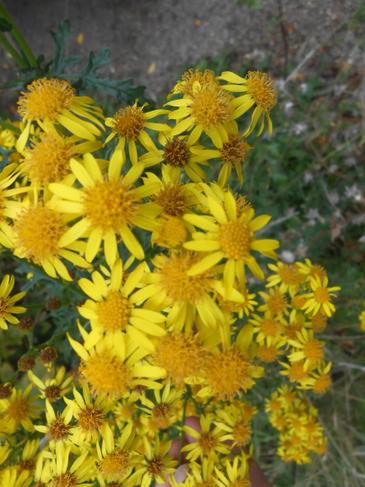 This week we teamed up with the BTO (British Ornithology Trust) and put our identification skills to work. What's Under Your Feet is a national citizen scientist campaign to help study bird populations across the UK. Students from hundreds of schools complete three invertebrate surveys throughout the year and send the results to the BTO. These are then compared against local bird populations and the data is used to help determine the causes behind population fluctuations.

We measured out a 30cm x 30cm square on the upper field, then sorted through the soil to tally and measure different invertebrates. The longest worm found was 14cm and we even discovered a mystery beetle in a hole who first looked like a large seed! 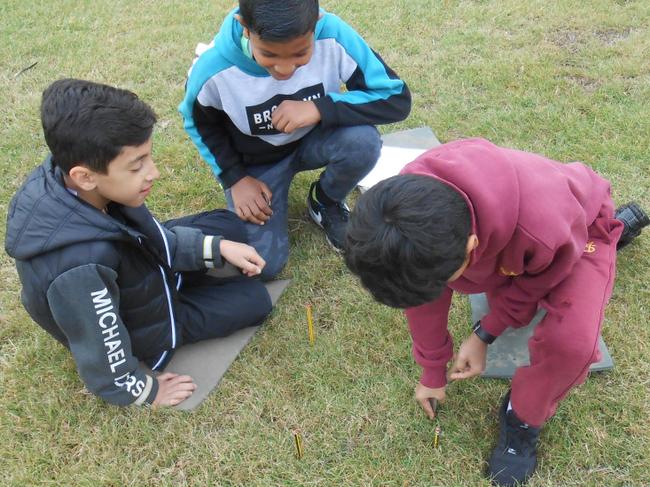 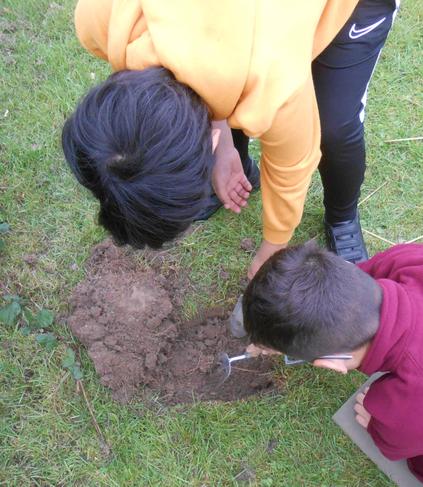 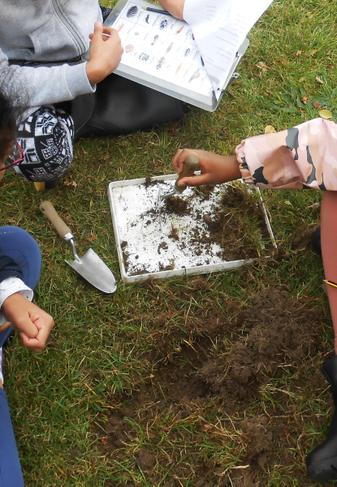 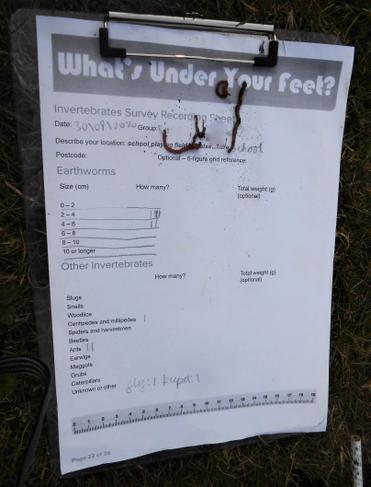